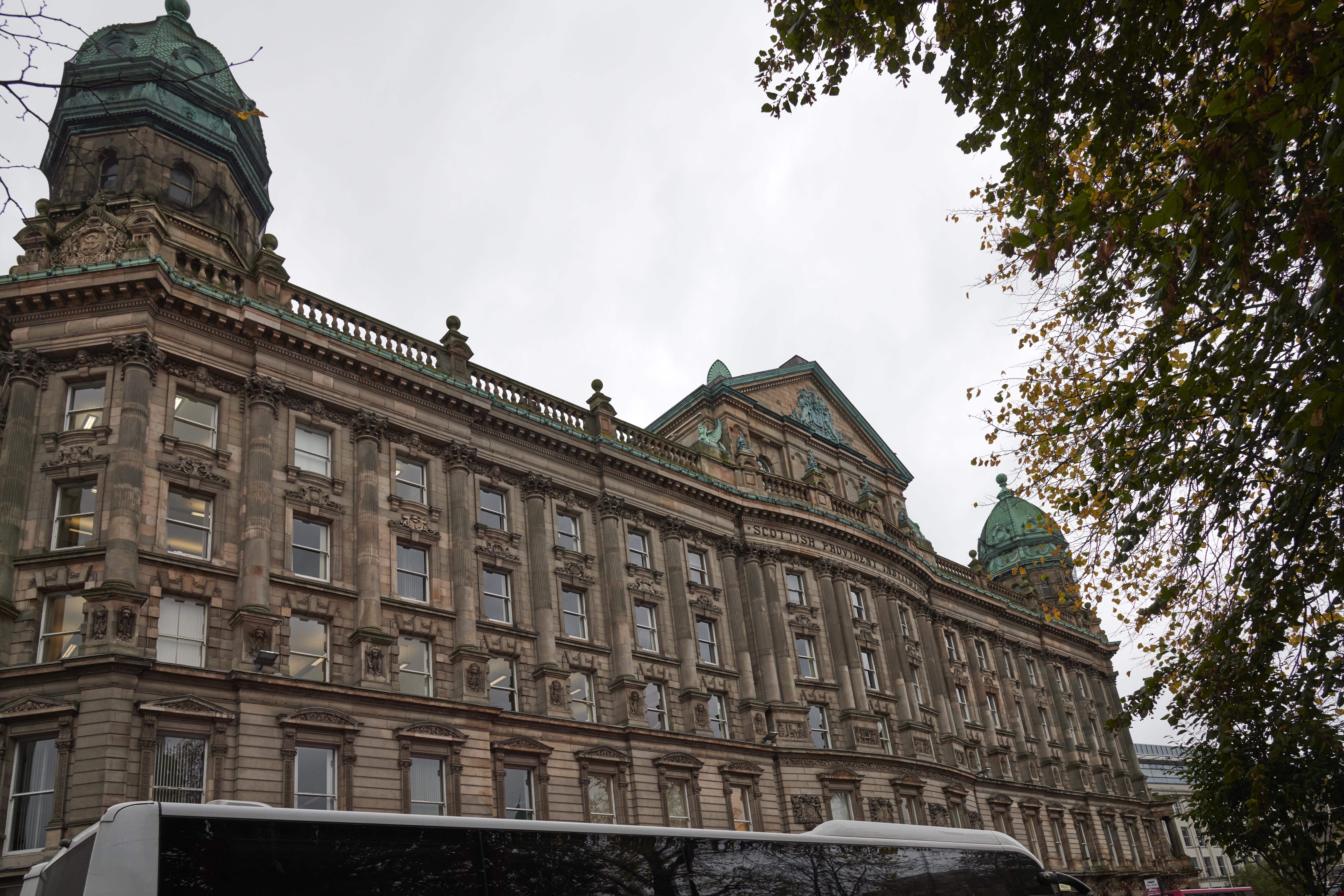 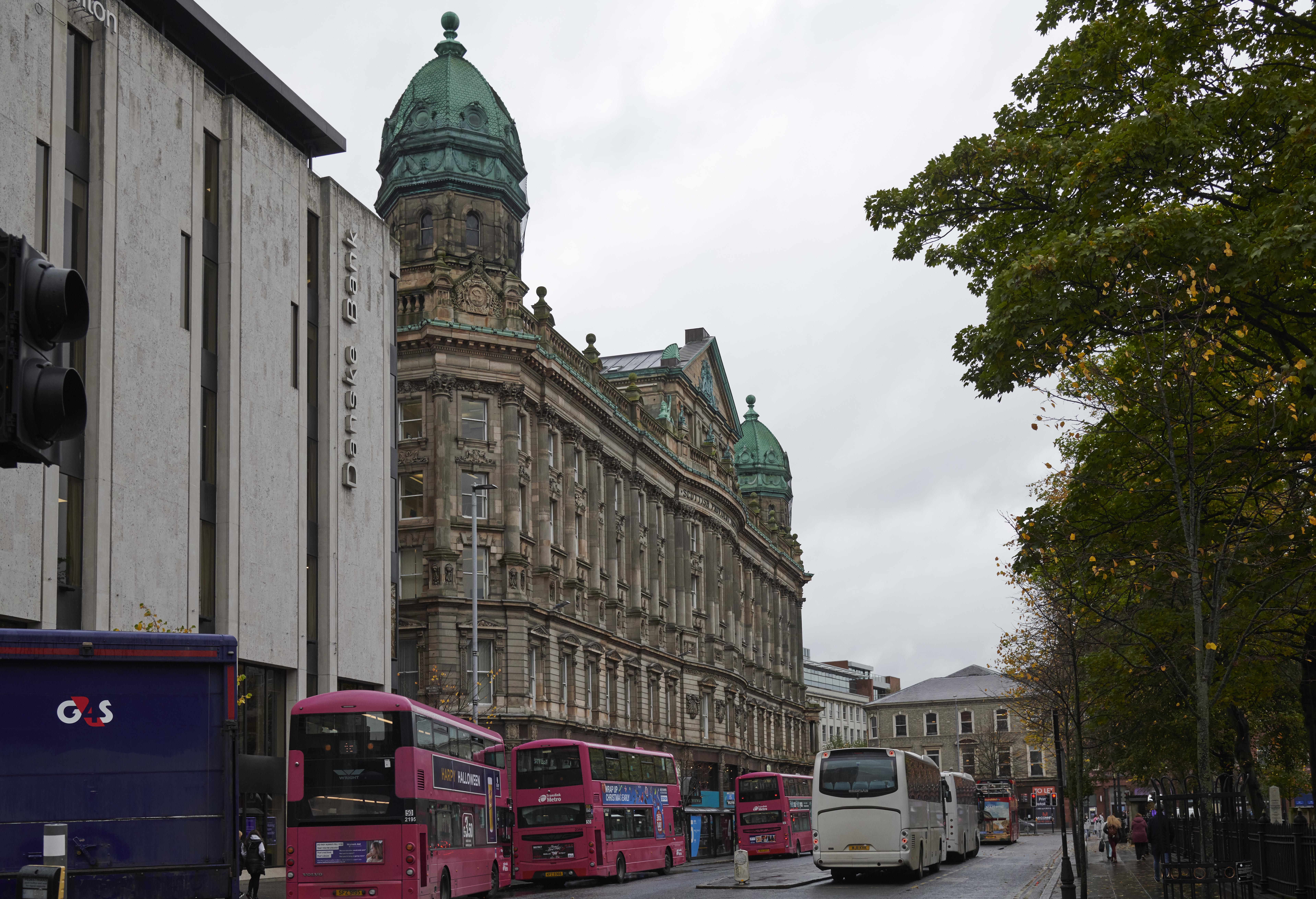 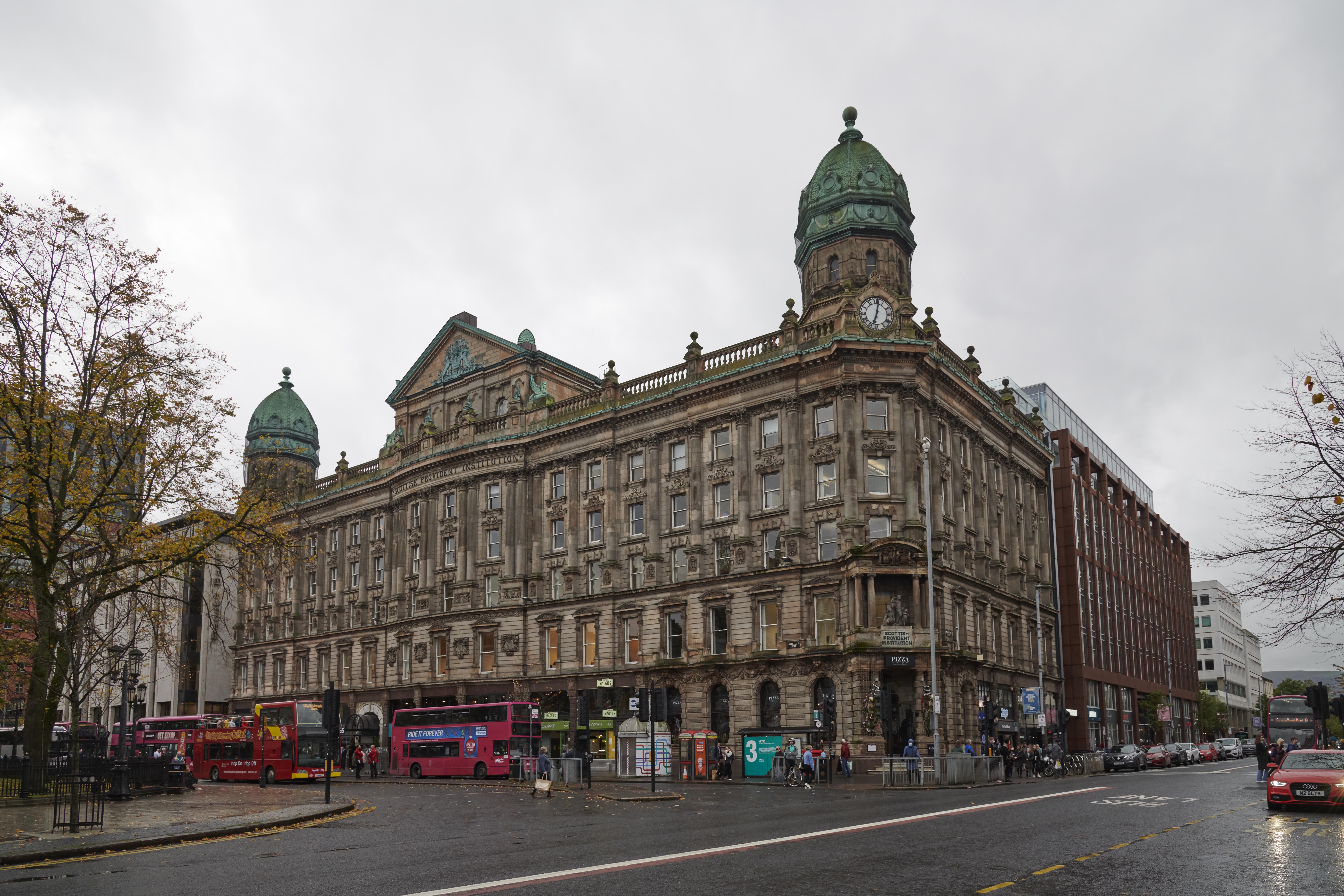 The Scottish Provident Building is not open to the Public but you can access a Virtual tour of the Building via the Website below. In person Tours may also be booked in advance using the same website.

Housed the Office of Sir Ernest Clark, Undersecretary for Ireland and ‘Mid-wife’ to Northern Ireland state 1920-21.

It is a grand symmetrical multi bay sandstone Office Building  built in the Italianate style to the designs of Young & Mackenzie. it overlooks Belfast’s grand City Hall Building.

It is made up of six storeys with a Basement below  and an Attic Storey above. It is U shaped in plan

The Building features a Copper Roof now Green with age, and number of carvings, Panels  and decorative Heads that was a tangible manifestation of the City of Belfast’s global commercial success in Rope Making, Linen Making and Ship Building.

It was originally occupied by The Scottish Provident Institution with Commercial Units below.

The Building regains its link with business remaining Home for many local entrepreneurs and established businesses.

Carvings and sculpture were made by Purdy & Millards whilst Stained glass which appears in the First floor lobby was realised by Ward & Partners depicting Scottish Coats of Arms.