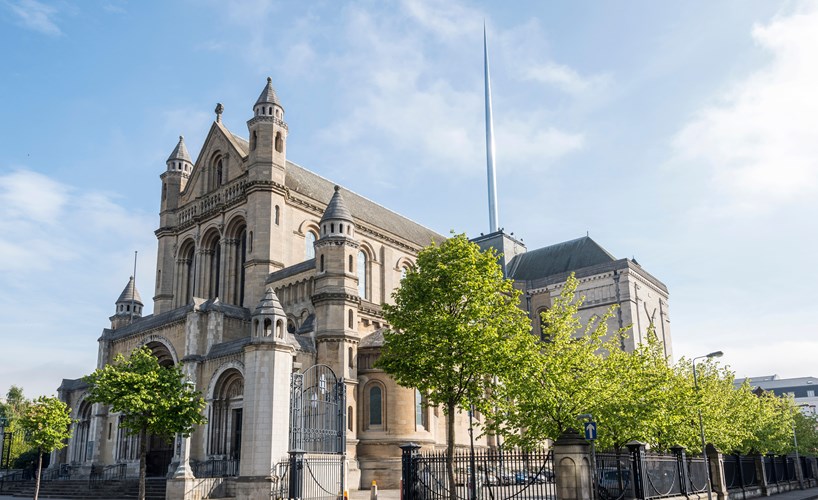 Belfast Cathedral, known locally as St Annes Cathedral, is a Cathedral of the Church of Ireland.

It is unusual in serving two separate Dioceses, Connor and Down & Dromore. and so has not one, but two, Bishop’s seats.

Plans for the project to build the Cathedral began in 1895 with designs of a Romanesque style….with the foundation stone laid in 1899. The Nave of the Cathedral was only raised in June 1904.

The Twenties saw progress in the construction of the Cathedral- crypt, temporary choir, preparations for Eastward extension, West Front and Baptistery with additions right through to 1981.

He trained as a Barrister.

He led the anti Home rule movement in Westminster as an MP.

A natural leader he came to dominate the Unionist cause in Ulster. He was one of the few people, who was not a monarch, to receive a British State funeral, which took place in St Anne's in October 1935.

His Tomb is the only tomb within the Cathedral and its presence there had to be permitted by a special Act of Parliament to this end.

The tomb is railed in Bronze and is marked by a massive, but simple, Granite stone from the Mourne Mountains, bearing one word inscribed thereon…Carson.

A memorial Plaque is placed above.