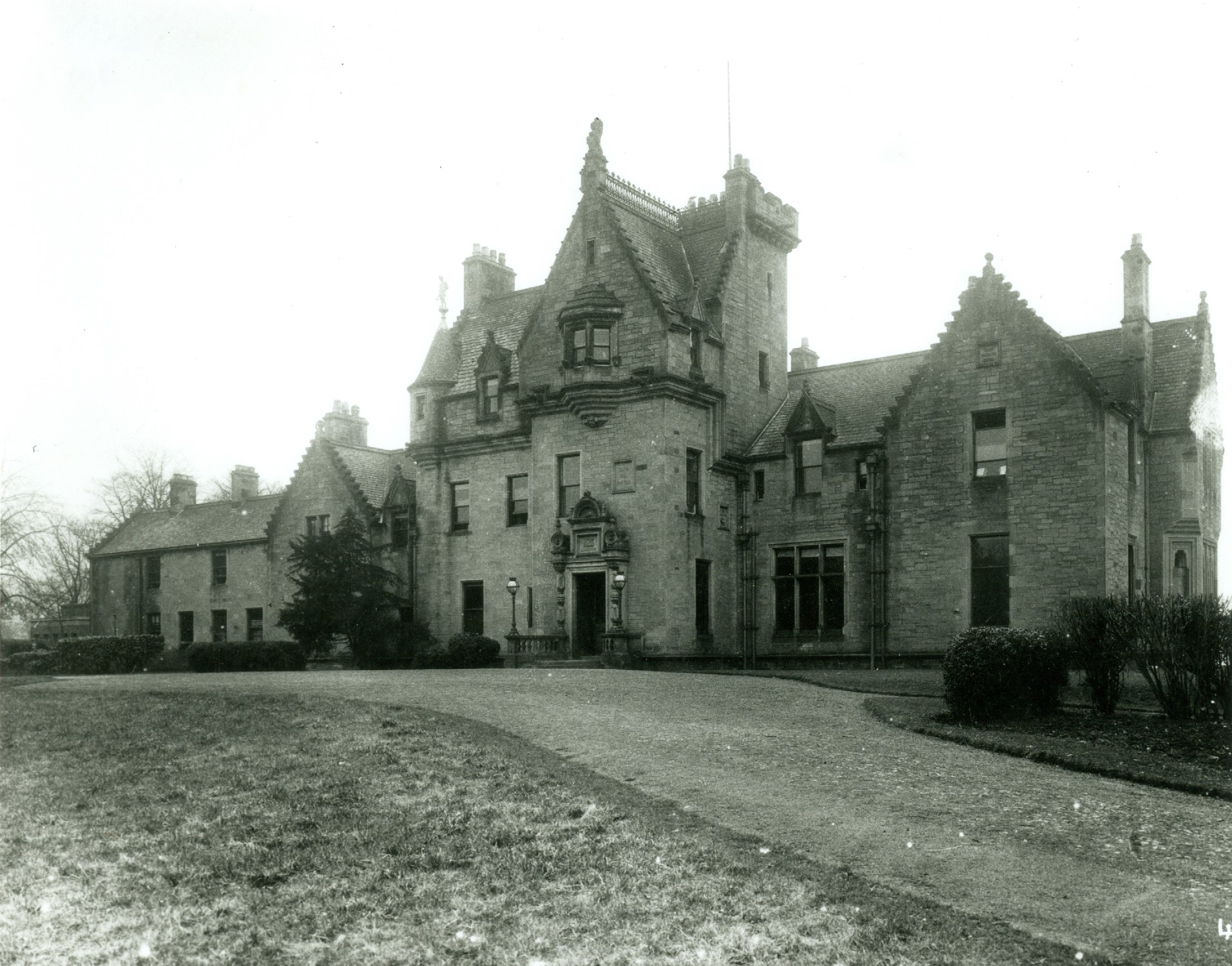 Ormiston House is a listed Building.

It was built in 1867 to designs by David Bryce of Edinburgh from James Combe, a Scottish born Iron Founder and Linen Manufacturer.
The Building was designed as a Scottish Baronial mansion with crow stepped gables, a bartizan turret and gargoyles.
There is a central three storey Tower House with Wings two storeys in height to either side. It is located within extensive grounds comprising grassed lawns and a large number of mature trees.

Two Gate Lodges still stand at the Hawthornden and Belmont Road approaches to the building.

The property was sold to the ship builder Sir Edward Harland in around 1880 who resided there until 1887 when it was acquired by his business partner William, later 1st Viscount Pirrie.

Pirrie who later became the Chairman of Harland and Wolff  retained the House until his death in 1924. It is believed that by that stage the House was partly owned by the Ship yard itself  and appears to have been used to house various Company Directors and for entertaining Visitors and Clients of  Harland & Wolff.