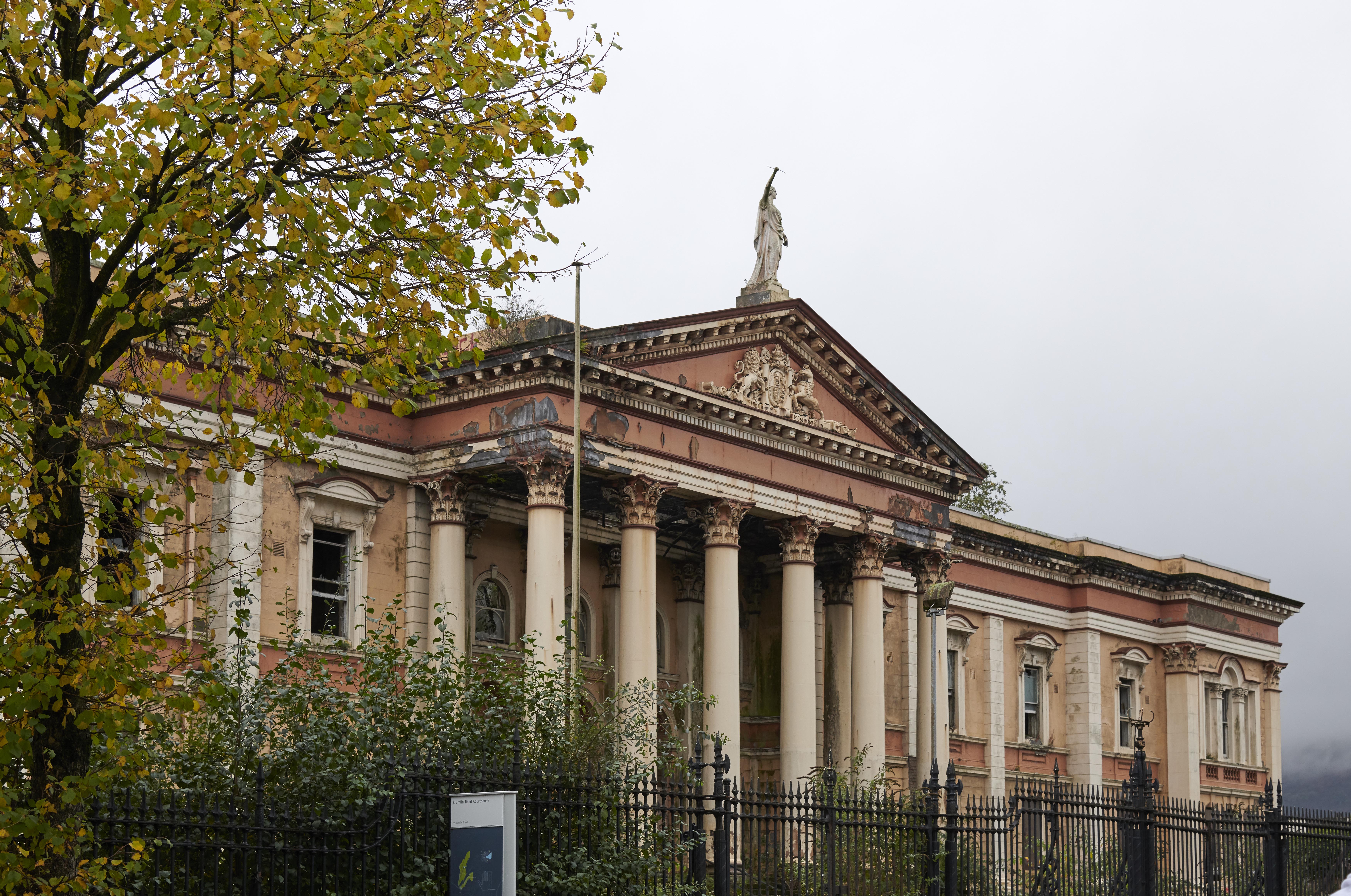 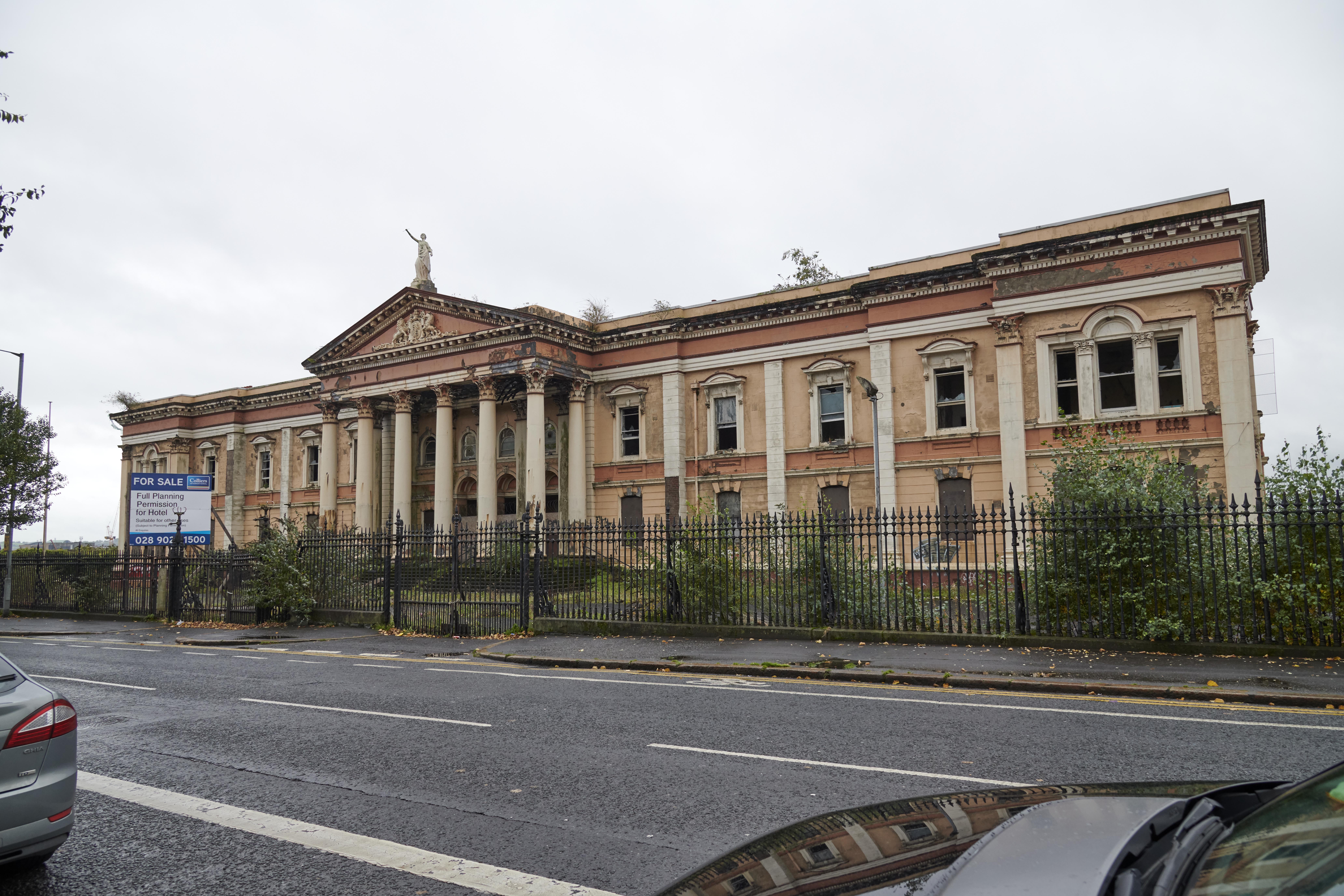 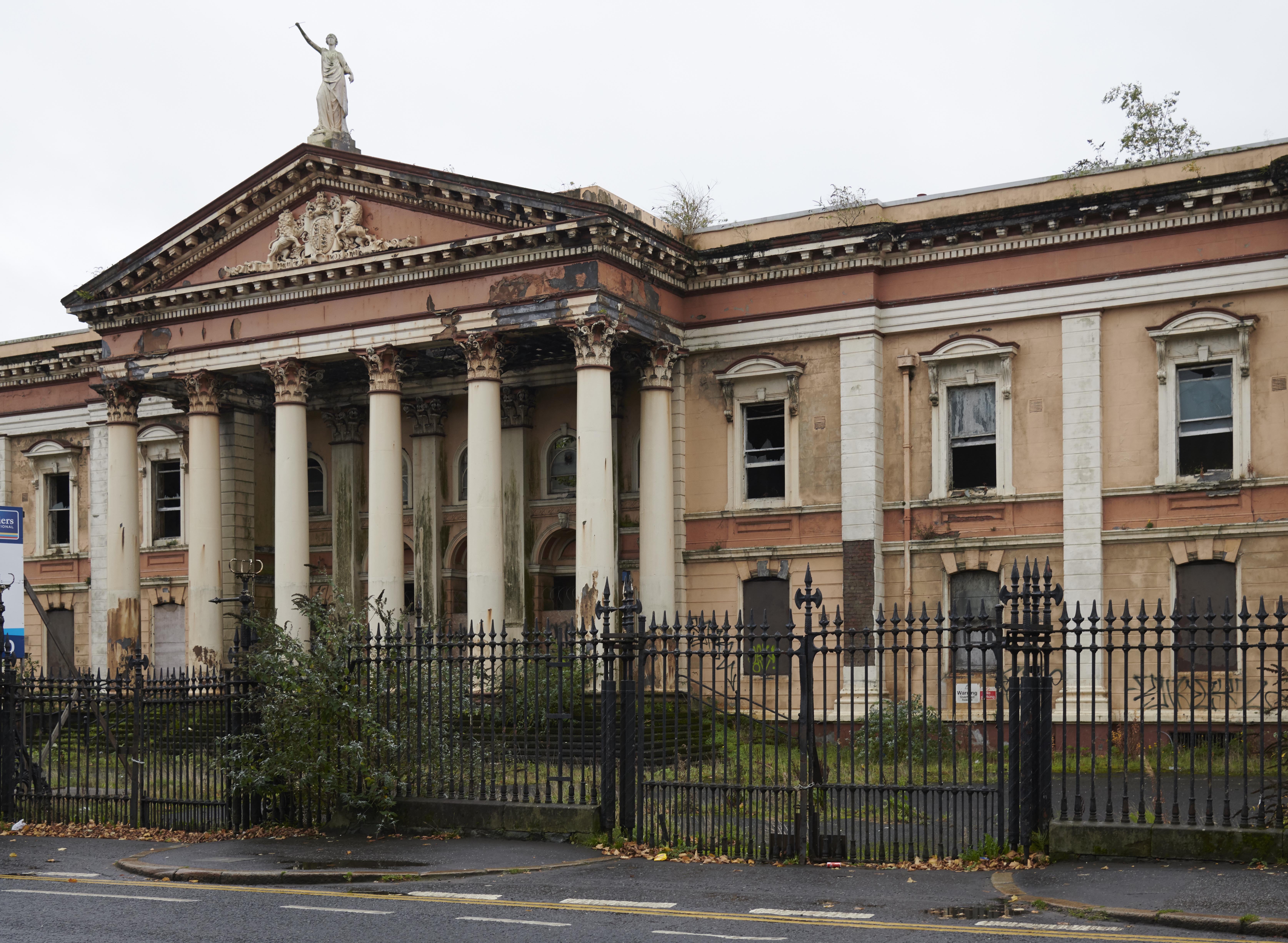 The Crumlin Road Court House is a former Judicial Building and a Grade B+ listed structure.

The Building sits opposite the former Crumlin Road Gaol on the Crumlin Road, Belfast. It comprised two main Court Rooms and a Central Hall.

The Building closed as a working Court House in 1998 after 150 years in use.

It was originally built in 1850 to designs by one of the leading local architects of the day, Charles Lanyon. The Building later underwent significant alterations and additions by Young and Mackenzie in 1905.

The Court House is a grand new Classical building with rendered and brightly painted facades. A large hexastyle Corinthian portico dominates the front elevation which faces on to Crumlin Road.

Atop the portico is a Justice figure now lacking the necessary Scales.

After its closure in 1998 a series of arson attacks on the Building left it in it’s current perilous state with considerable damage to it’s roof structure and interior spaces.