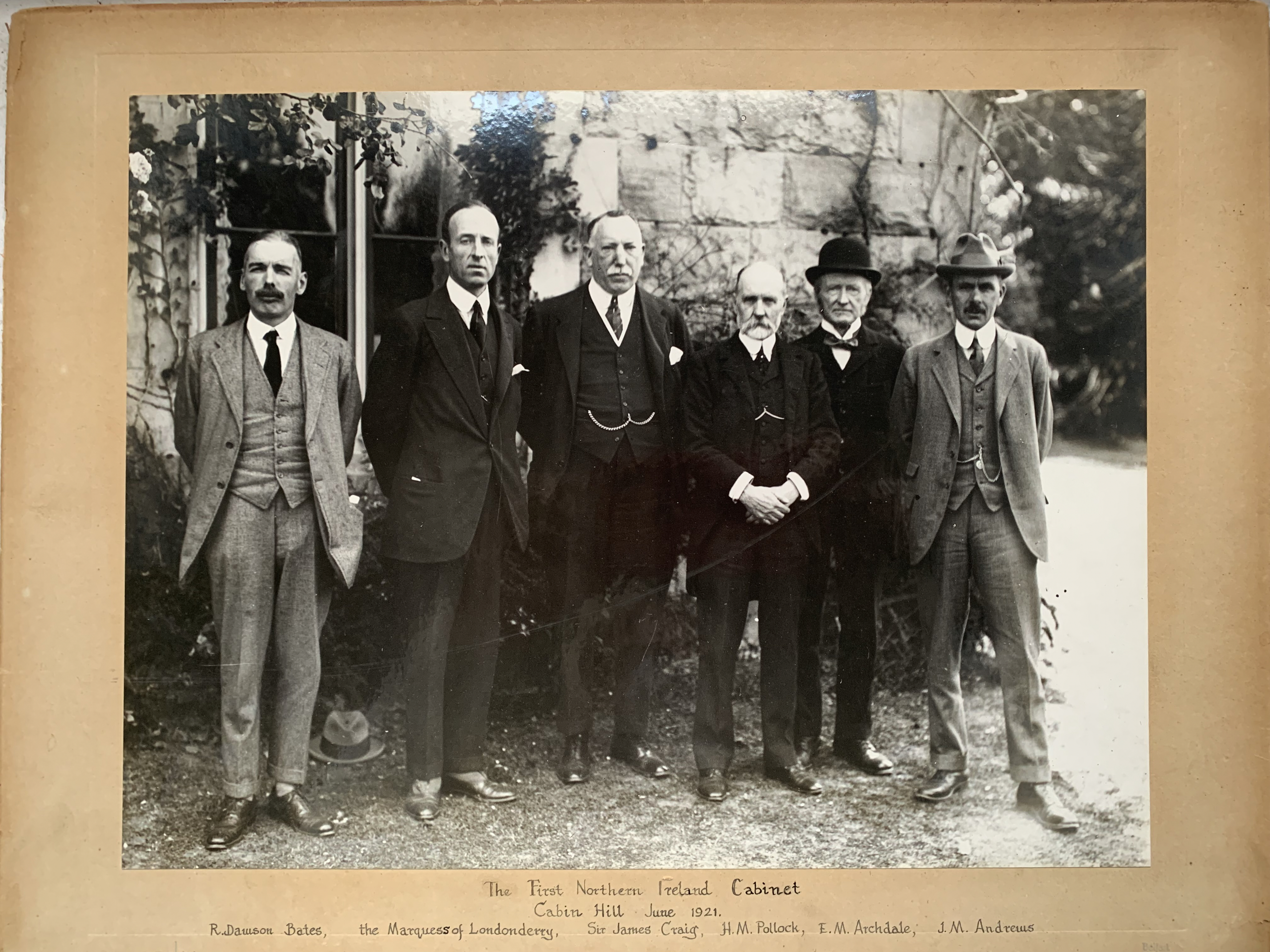 Cabin Hill House is not open to the Public

Cabin Hill is a relatively large and considerably extended house built with between 2 and 4 stories around the original sandstone dwelling built in the Tudor Revival style in around 1860. Originally built as a Gentleman’s residence it was extended in around 1903 -1905 in a similar style.

At the time it was built Cabin Hill was not within the City of Belfast and was closer to Dundonald than the existent City limit of Belfast.

The name Cabin Hill is derived from an earlier Cabin structure built on the site in 1786 by Samuel McTier and his wife Martha. This original “cabin” whilst traditionally thatched was much grander than is suggested by the word Cabin. Whilst now within Greater Belfast Cabin Hill was built very much a Country retreat.

The Dwelling that now bears the Name Cabin Hill was leased between 1920  and 1922 to Sir James Craig (afterwards viscount Craigavon) the first prime Minister of Northern Ireland.

The Building was later sold, in 1924-25, to Campbell College, where, for many years thereafter, Cabin Hill School was based.

It was used by Craig and his Cabinet for meetings in 1921. During this period Craig’s official letters to (eg) Michael Collins in 1922 were marked, ‘Cabin Hill’.

Several cabinet meetings were held at the house.