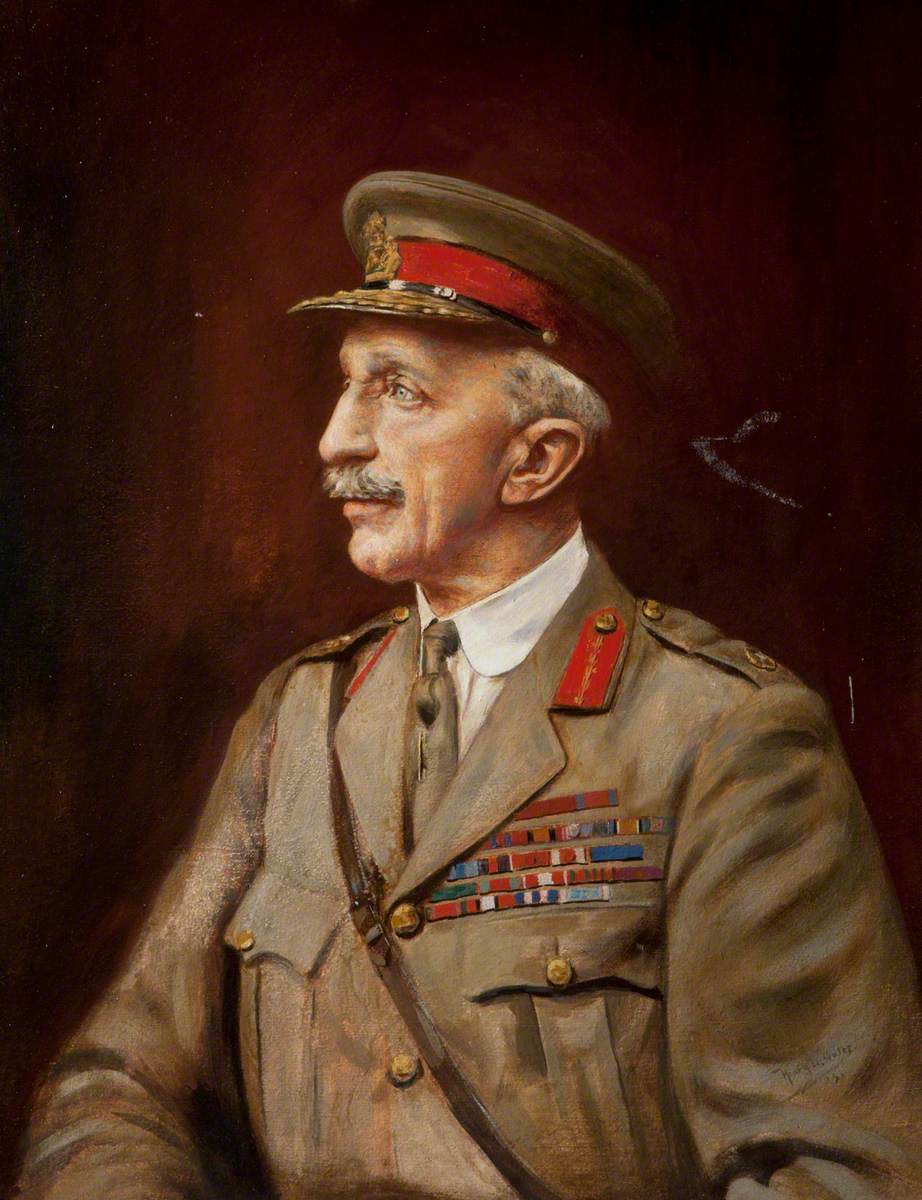 In the Painting Henry Wison is depicted in full standard Military dress and Peaked Cap depicting his Rank as Field Marshall.

In the Painting Henry Wison is depicted in full standard Military dress and Peaked Cap depicting his Rank as Field Marshall. His many Campaign Medal Ribbons are depicted on the left flank of his Jacket.

Field Marshal Sir Henry Hughes Wilson, 1st Baronet, was one of the most Senior British Army Staff Officers during the First World War. In 1910 Wilson became Director of Military Operations at the British War Office.

Wilson and his family had long been active in Unionist Politics, with both his Father and older Brother having stood unsuccessfully for Election in the late 19th Century.

By 1918 he was Chief of the Imperial General Staff (the professional Head of the British Army) a position which he continued to hold after the War ended.

After Retiring from the Army Wilson briefly served as a Member of Parliament. He was also a Security Adviser to the newly formed Government of Northern Ireland.

Whilst returning from unveiling a War Memorial at Liverpool Street Station, in London, he was assassinated on his own Doorstep, by two IRA Gunmen, on 22 June 1922.

Owned by NI Assembly. Image reproduced with the permission of the Northern Ireland Assembly.