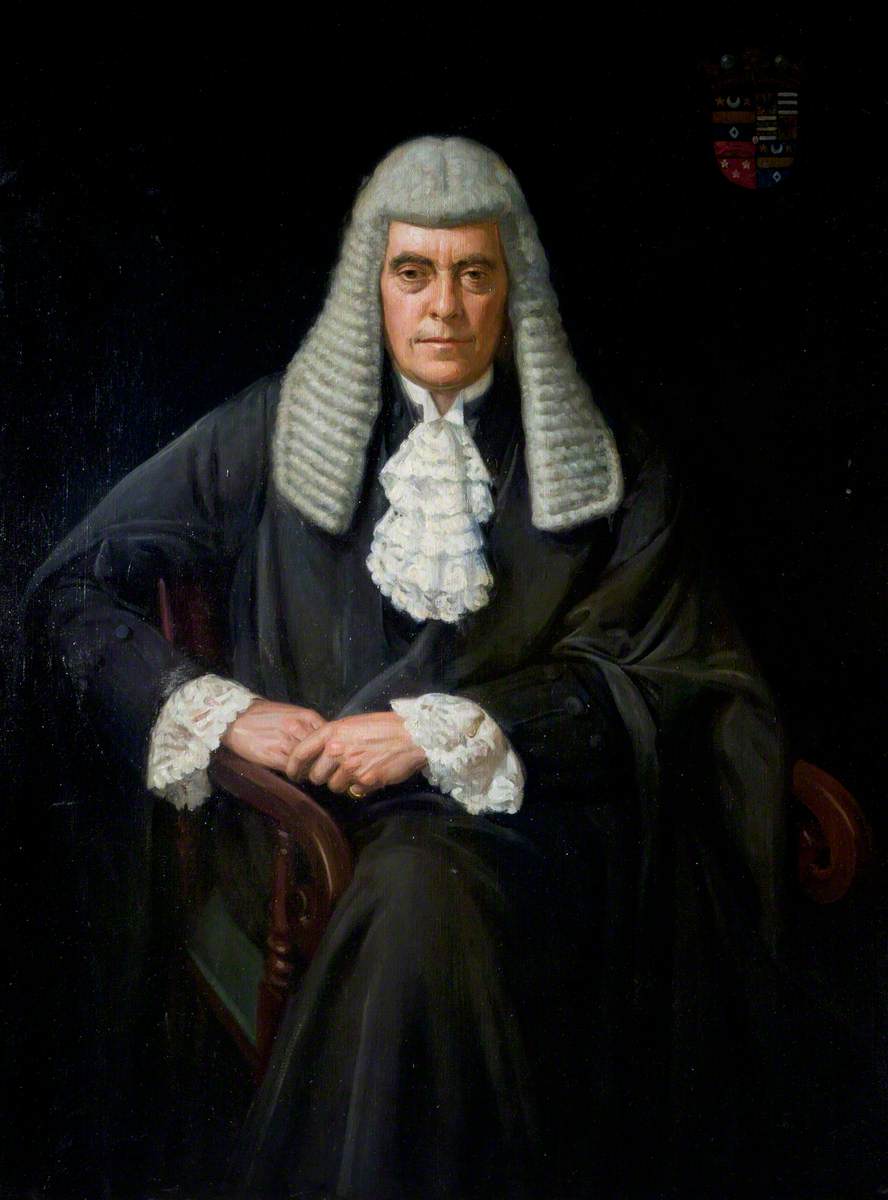 Frederick Hamilton Temple Blackwood is depicted seated, and in full ceremonial dress, in his role as Speaker of the Senate.

Frederick Hamilton Temple Blackwood is depicted seated, and in full ceremonial dress, in his role as Speaker of the Senate. He is wearing the traditional Speaker’s robes of a Black Gown, with white Cuffs,  and Chest Ruff. He is also wearing a long style Wig.

He was born in Ottawa, Canada in 1875 during his Father’s term as Governor General of Canada.

He Served during the Second Boer War, being twice Mentioned in Dispatches, and Awarded the Distinguished Service Order in 1900. He retired from the Army in 1913.

Following the outbreak of the First World War he rejoined his old Regiment.

He succeeded to the Marquessate on the death of his older Brother in 1918.

Lord Dufferin was Elected to the Senate of the Parliament of Northern Ireland in 1921, where he served as Speaker from 1921 to 1930.

He was appointed Vice Admiral of Ulster in 1923 by the King, a Post which his Father had previously held.