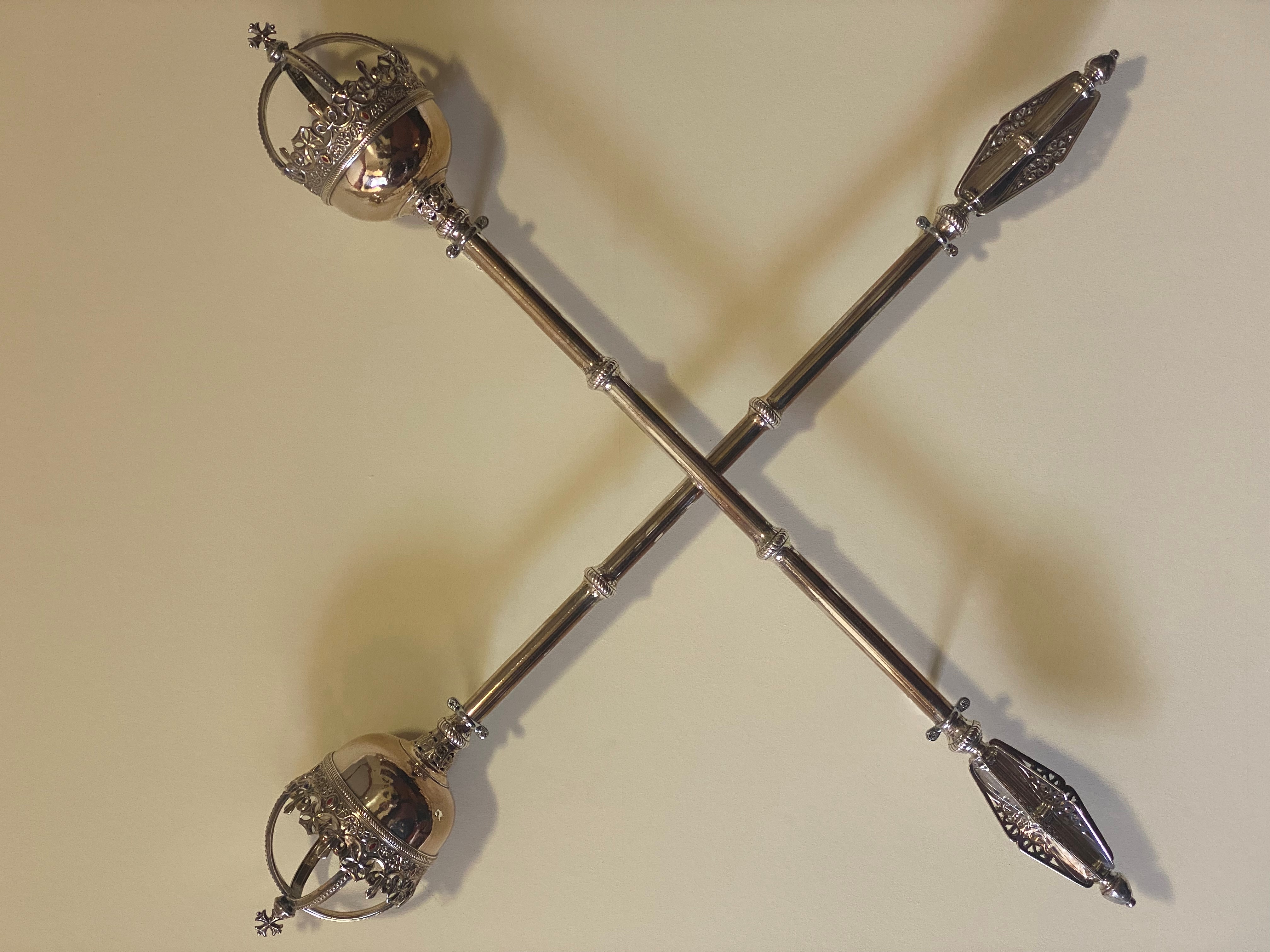 Maces are a common feature in many Parliaments across the World

Maces are a common feature in many Parliaments across the World, especially in Countries previously controlled by the Imperial Government and represent the Authority of the Sovereign.

The two silver Maces of the old Northern Ireland Parliament were specifically commissioned for the new Parliament and bear the Red Hand of Ulster motif. They are identical, and are each 110cms long, tip to tip.

Back in 1932, in protest at a ruling by the Speaker, Labour MP Jack Beattie hurled the Mace along the Chamber floor. Mr Beattie was later asked to withdraw.

More recently, in June 1986, the day the failed ‘Prior’ Assembly was to be officially closed, Police were called when Ivan Foster, aided by supporters, seized the Mace in an attempt to prevent the official ceremonial closure taking place.

The current Northern Ireland Assembly does not currently use a ceremonial Mace.